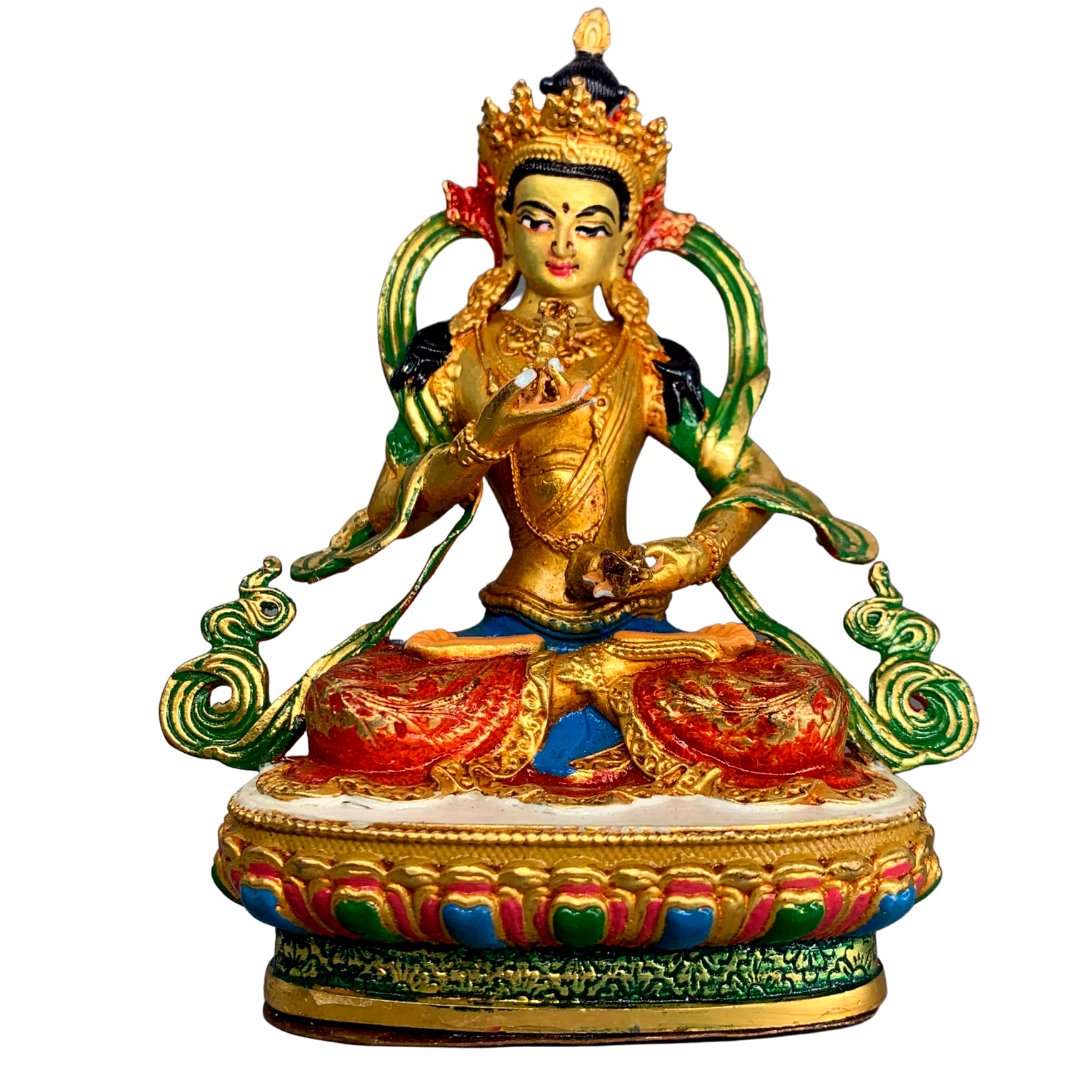 Vajrasattva is believed to be an embodiment of Sambhogakaya that is used by the Primordial Buddha – Vajradhara. Theoretically, he can take any form imaginable. These forms can be something sublime such as a clear light manifestation. However, he can also appear as a one of the Buddhist guardian deities such as wrathful Vajrapani. Vajrasattva endeavors to appear in a manner which best appeals to his audience and his objective.