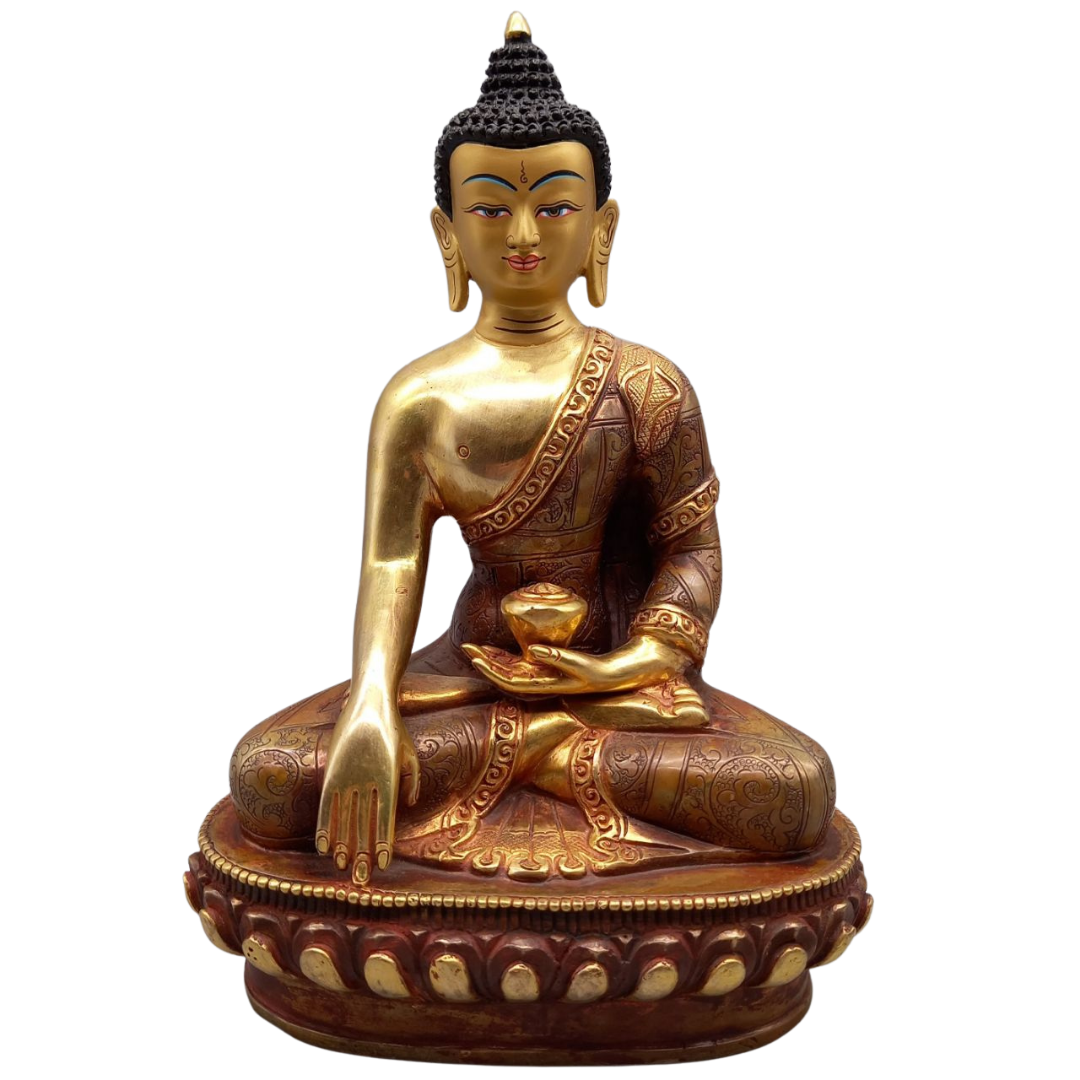 Shakyamuni Buddha is the Buddha of our time. He is the glorious root teacher of all the diverse lineages that make up Buddhism as we know it. Born Siddhartha Gautama more than 2500 years ago, he was the crown prince of the Shakya kingdom located in the Himalayan foothills of what is now southern Nepal. He left luxurious palace life behind him, however, in pursuit of the truth of the origin of suffering and the cessation of fear. His astounding courage, determination, wisdom and compassion led to his perfect enlightenment despite seemingly insurmountable obstacles. His teachings have transformed individuals and nations throughout the world and still speak to us today.

The Buddha is depicted with his right hand extended to the earth in the Bhumisparsha Mudra, the gesture of witness like shown in this Buddha Shakyamuni Statue. He is “calling the earth to witness” his supreme victory over the temptations and illusions of the material world as symbolized by the demon Mara. His left hand lies in his lap with palm upward in the gesture of meditation (Dhyana Mudra). In some representations he also holds the begging bowl of an ordained Buddhist monk. The bowl contains three precious nectar's indicating that he has conquered the three demons of uncontrolled death, contaminated aggregates, and delusion. Thus, this posture is known as “Buddha Shakyamuni Conquering the Demons” and shows the moment of the Buddha’s full enlightenment under the Bodhi tree.

Expertly cast from copper alloy and gilded with 24 karat gold, this sculpture is a profoundly moving representation of Buddha Shakyamuni. He sits majestically upon a single lotus throne, his head slightly bowed, smiling softly in sublime meditation. His monastic robes drape beautifully across his shoulder and arm and are exquisitely detailed throughout the statue. This sculpture was individually handcrafted in Patan, Nepal by master artisans of the Shakya clan who are considered among the best in the world. These craftsmen are the modern heirs to a centuries-old tradition of creating sacred art for use in temples and monasteries. The fine metalworking techniques have been passed down from generation to generation since ancient times.