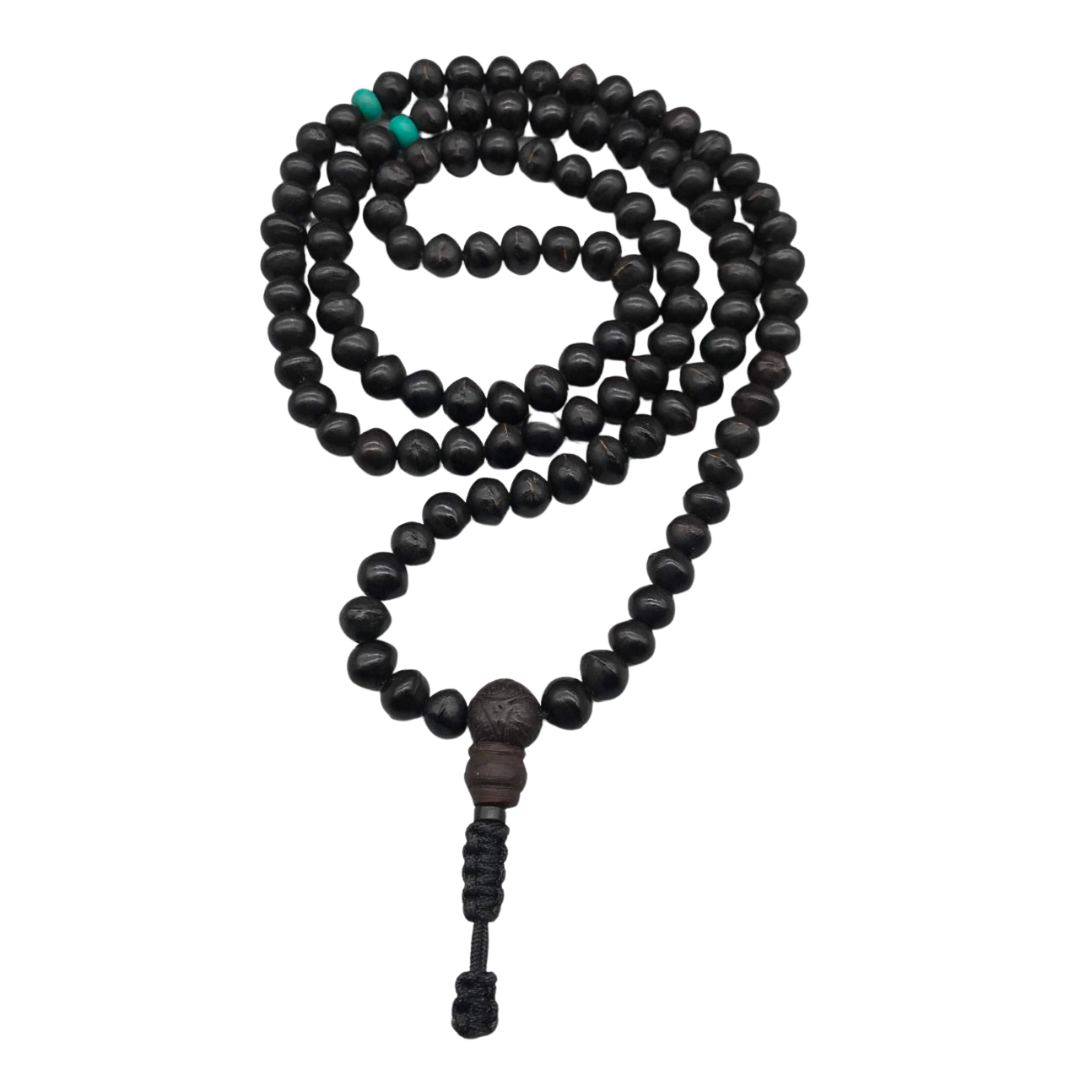 SKU 80691
$299
In stock
1
Product Details
Wrist mala composed of large black seeds and considered in Buddhist countries as being the "origins" mala. It is on a mala of this type that the Buddha will have practiced. (the malas in "Bodhi seeds" were not used until after that the Buddha meditated under a tree "Buddha").
In Thailand such a mala is named Look Prakham Dee Kwai, in India he is named Reetha Mala and in Tibet the name of these seeds is Lat Ton.
These black seeds come from Sapindus Saponaria (a cousin of the tree that produces the famous Indian scrub nuts, the fruits of Sapindus Saponaria also serve soap and medicine for animals). An Indian tradition ensures that if a child wears such Reetha Mala he is protected against evil spirits, and that if it's a cow in a door she will not fall ill and will be protected from epidemics.
It is nowadays quite rare to see this type of mala even. Imagine being able to meditate with a mala identical to that of Buddha Sakyamuni.

This type of mala is mentioned in the Sutra of the soap tree Where it is written :

"King Vaiduria of the Nanda Kingdom was pursued by various problems: attacked by his enemies, an epidemic ravaged his subjects. He went to the Buddha for advice and a simple practice to pacify his mind and solve his problems. The Buddha tells him to make a necklace of 108 soap tree seeds and recite shelters:
Take refuge in the Buddha as an example,
Take refuge in the Dharma because it is the ultimate truth,
Take refuge in the Sangha which is the community of practitioners."

Imagine being able to meditate with a mala identical to that of Buddha Sakyamuni.