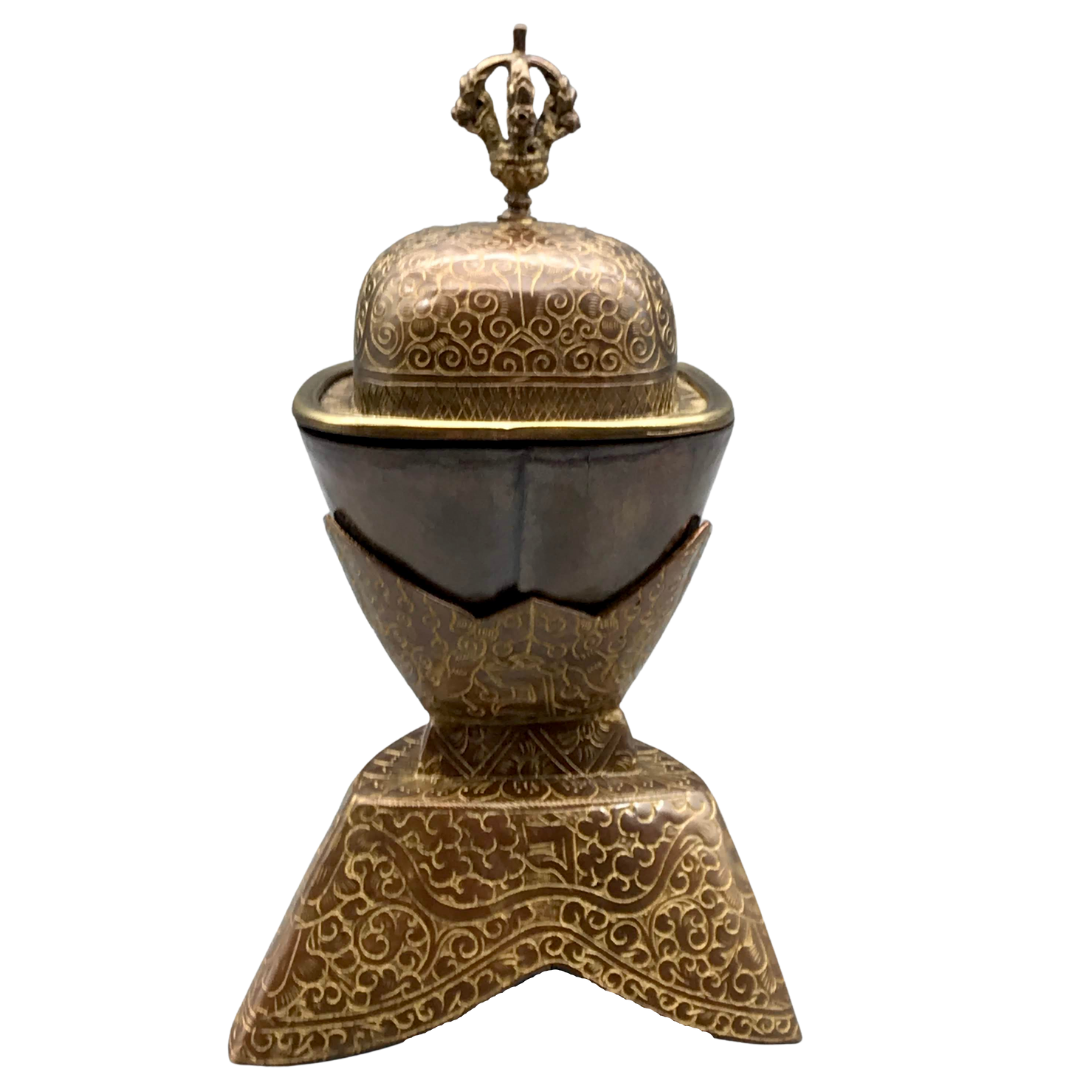 SKU 80421
$78
copper
In stock
1
Product Details
Kapala is cup made of a human skull, frequently offered by worshipers to the fierce Tantric deities of Hindu and Buddhist. In Tibet the skull cup is displayed on the Buddhist altar and is used to offer tot he ferocious Dharmapala divinities either wine, which symbolizes blood, or dough cakes, which are shaped to resemble human eyes, ears etc.

The Kapala is fashioned from the oval upper section of a human cranium. It serves as libation vessel for a vast number of Vajrayana deities, mostly wrathful. Kapala is used for containing blood in tantric ritual. Held by Kali and other manifestations of Shiva Shakti, by Malakal and other guardian deities and their Dankinis. Kapala is made of severed head of a man or the cup made of a skull, or a bowl. The skull cup is of two kinds, when it is filled with blood it is called Asrk Kapala, and when with flesh it is called Mamsa Kapala. It is used in Tantric ritual. The deities are appeared to partake of the blood or the flesh of the demon carried in these cups.

Kapala holds the nectar used for performing higher esoteric rituals. It is used during higher tantric meditation in order to achieve a transcendental state of thought and mind within the shortest possible time. It is used to offer liberation to gods and deities to ensure their devotion. In Tibetan Buddhism, the Kapala or Skull Bowl is used ritually in a number of ways.