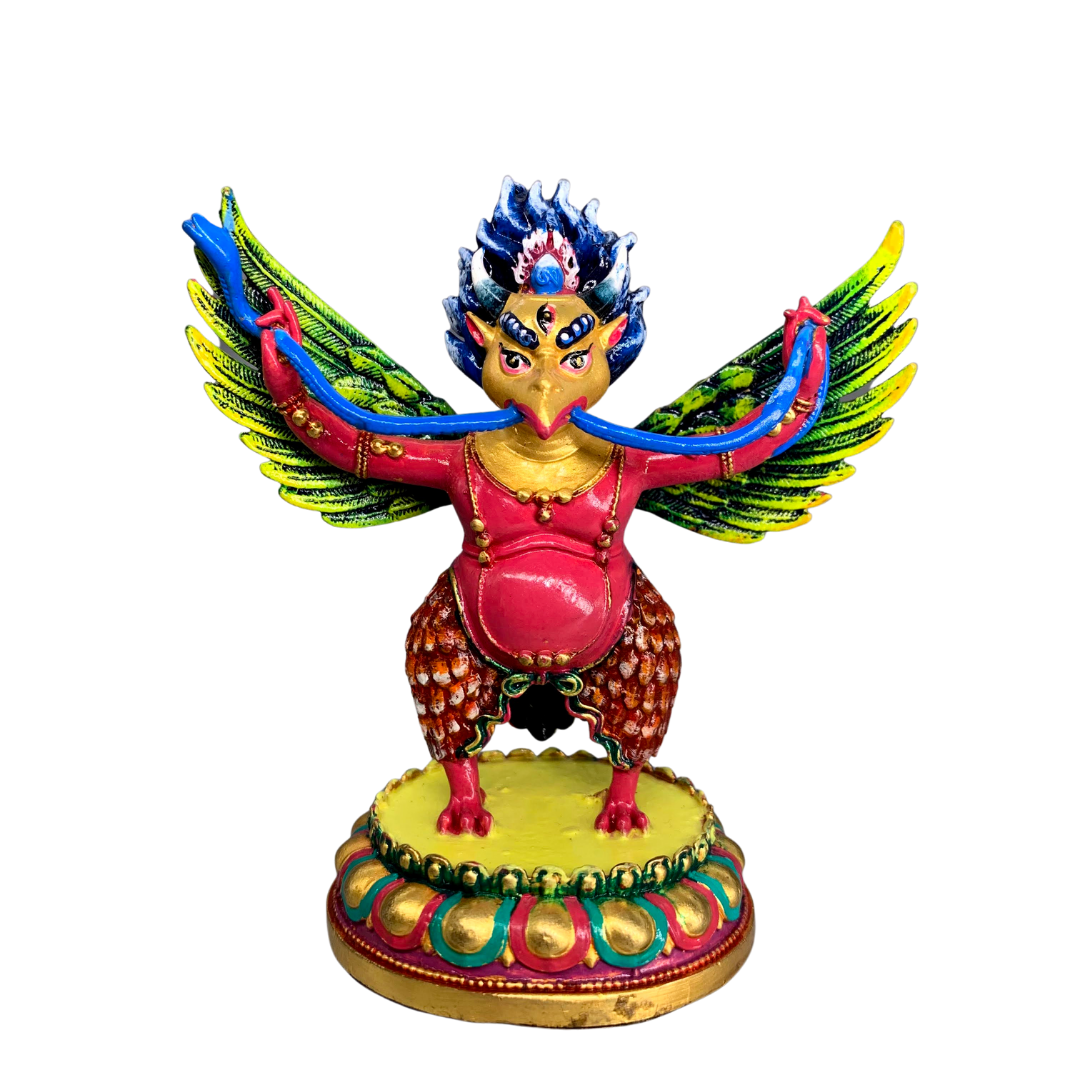 Garuda is an immortal bird-god, beloved by Hindus and Buddhists alike. This golden character is so mighty, he has been known to exterminate entire oceans full of snakes and to defeat entire armies of gods in one battle. Fortunately, he fights on the side of the righteous most of the time!

With nicknames like “king of the birds” and “he who has beautiful feathers,” Garuda is bound to be a glorious sight.

In Hindu art, Garuda has evolved over centuries to look more human. In Nepal, he is often depicted as a human with wings. In the rest of Asia, he has maintained his bird’s head, beak, and talons. Indonesia’s version of Garudas is especially colorful and is depicted with tusks.

In Buddhist art, the god Garuda has been transformed into a race of noble birds, called “garudas.” These garudas are the least human of all. Their bodies are covered in feathers, and their wings seem to be attached to their arms, almost like a bat. Only their round bellies and human hands suggest their human-lineage.

Garuda’s dazzling debut in Hindu legend made his potential clear from the start. He burst forth from his egg in a fiery inferno, so large that it could have burnt the whole world to a crisp, had the gods not fallen to their knees and begged for mercy. The baby Garuda heard their pleas and responded with yet another display of magical power: he shrank himself down to a safe size. Over time, Garuda would use his shrinking/growing trick to carry out various heroic tasks. He once defeated all the other gods in battle by growing to such a huge size that the wind from his wings scattered them across the world. He also used his super-size to swallow entire rivers and oceans, either to use the water as a weapon or to find snakes who were hiding in the water. He could cause mountains to collapse or thunderstorms to sweep across the land just by flapping his wings.

Conveniently, Garuda was also immune to the venom of his arch enemies, the snakes. Talismans with his image and prayers with his name could also be used to protect mortals from the effects of any poison.