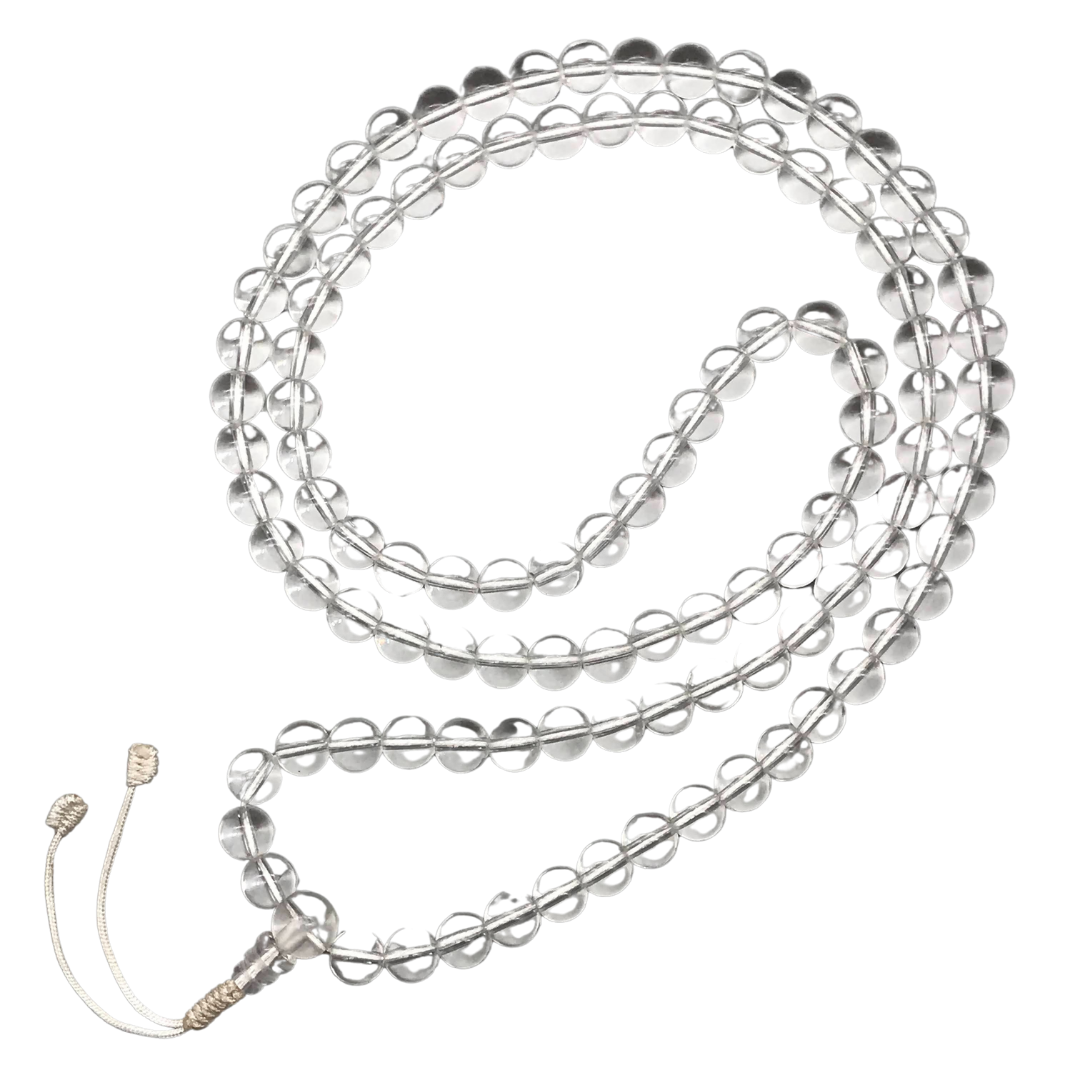 This mala made in Nepal from 8mm natural Himalaya Crystal Beads Mala, pure and clear. Cool to the touch, "Nirvana Crystal" also known as Himalayan "Ice" Crystal originates high in the Himalayan mountain ranges of northern India and Tibet. Late in 2006, Nirvana Crystal was discovered in extremely high altitude areas. Himalayan Ice Crystal brings a sense of perseverance, very high energy and spirituality. It is an awesome tool for meditation, and is said to bring visions of the path to one's destiny. This crystal is primarily associated with the crown chakra.

This is one of my most popular malas. It has been called the "Universal Crystal", and is related to Planet Venus. Ensures a sound and undisturbed sleep. Pacifies the malefic effects of Planet Venus. Enhances energy by absorbing, storing, amplifying, balancing, focusing and transmitting. It is a stone of clarity which dispels negativity and clears away negative energy. Very helpful in romantic relationships.

Useful on the third eye chakra for clarity of psychic vision, and can be used to communicate with spirits and other worlds. It is said to draw out pain. It is reputed to be particularly effective for chronic fatigue, arthritis, bone injuries, depression, fibromyalgia, intestinal troubles.