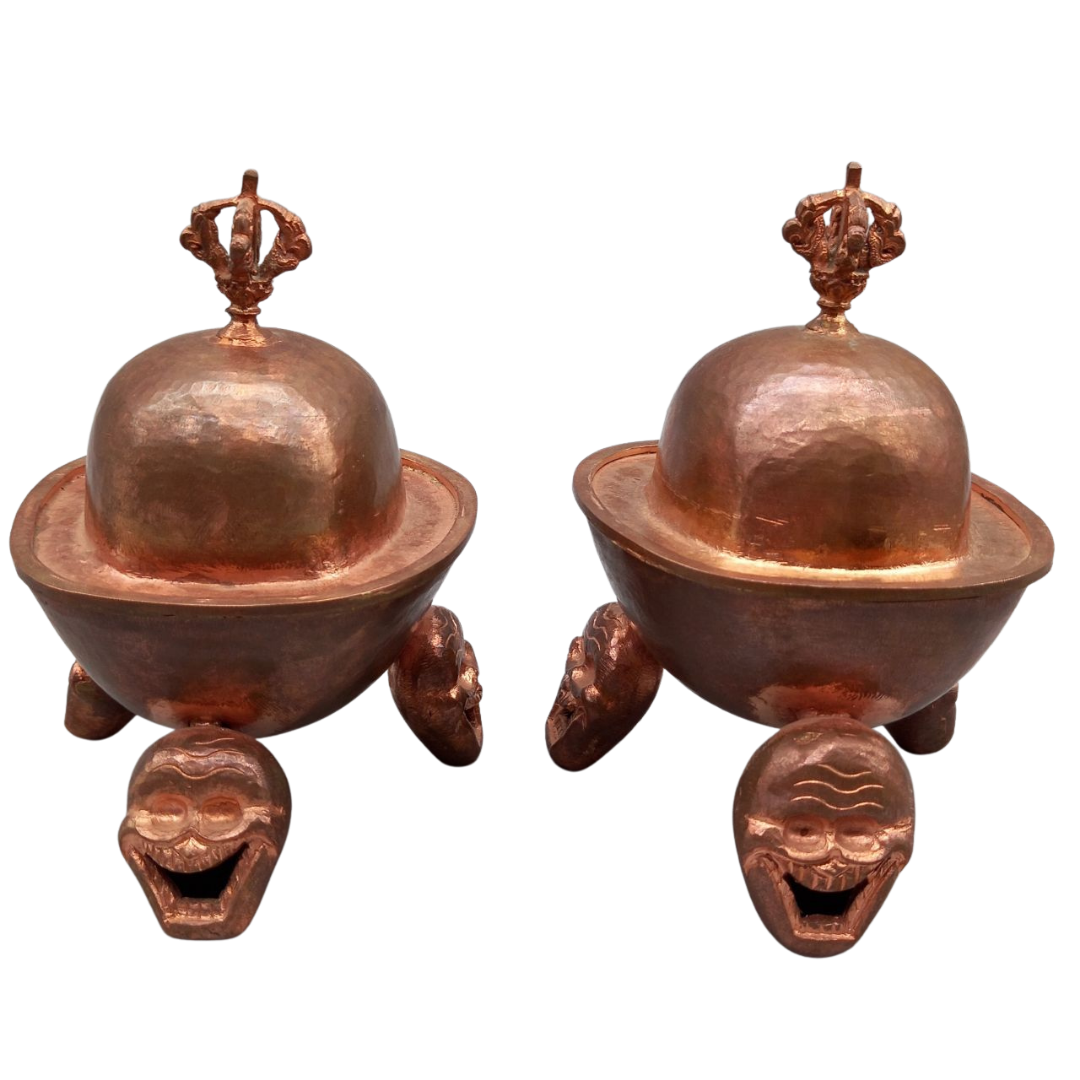 SKU 80693
$108
copper
In stock
1
Product Details
The skull cup, known as Kapala in Sanskrit, is fashioned from the oval upper section of a human cranium. It serves as a libation vessel for a vast number of Vajrayana deities, mostly wrathful. As a ritual implement, the selection of the right skull is of immense importance for the success of the ritual. The skull of a murder or execution victim is believed to possess the greatest tantric power; the skull of one who has died from a violent or accidental death, or from a virulent illness, possesses a medium magical power; the skull of a person who died peacefully in old age has virtually no occult power. The skull of a child who died during the onset of puberty also has great potency, as do the skulls of miscegenated or misbegotten child of unknown paternity, born from the forbidden union of castes, out of wedlock, from sexual misdemeanor, or particularly from incest. The ‘misbegotten skull’ of a seven or eight-year-old child born from an incestuous union is considered to possess the greatest power in certain tantric rituals. Here the vital force or potential of the skull’s ‘previous owner’ is embodied within the bone as a spirit, rendering it as an effective power object for the performance of tantric rituals.

These two matching Kapalas are made of copper. This fine quality of Kapala set is hand crafted by the master artisans of Patan, Nepal.