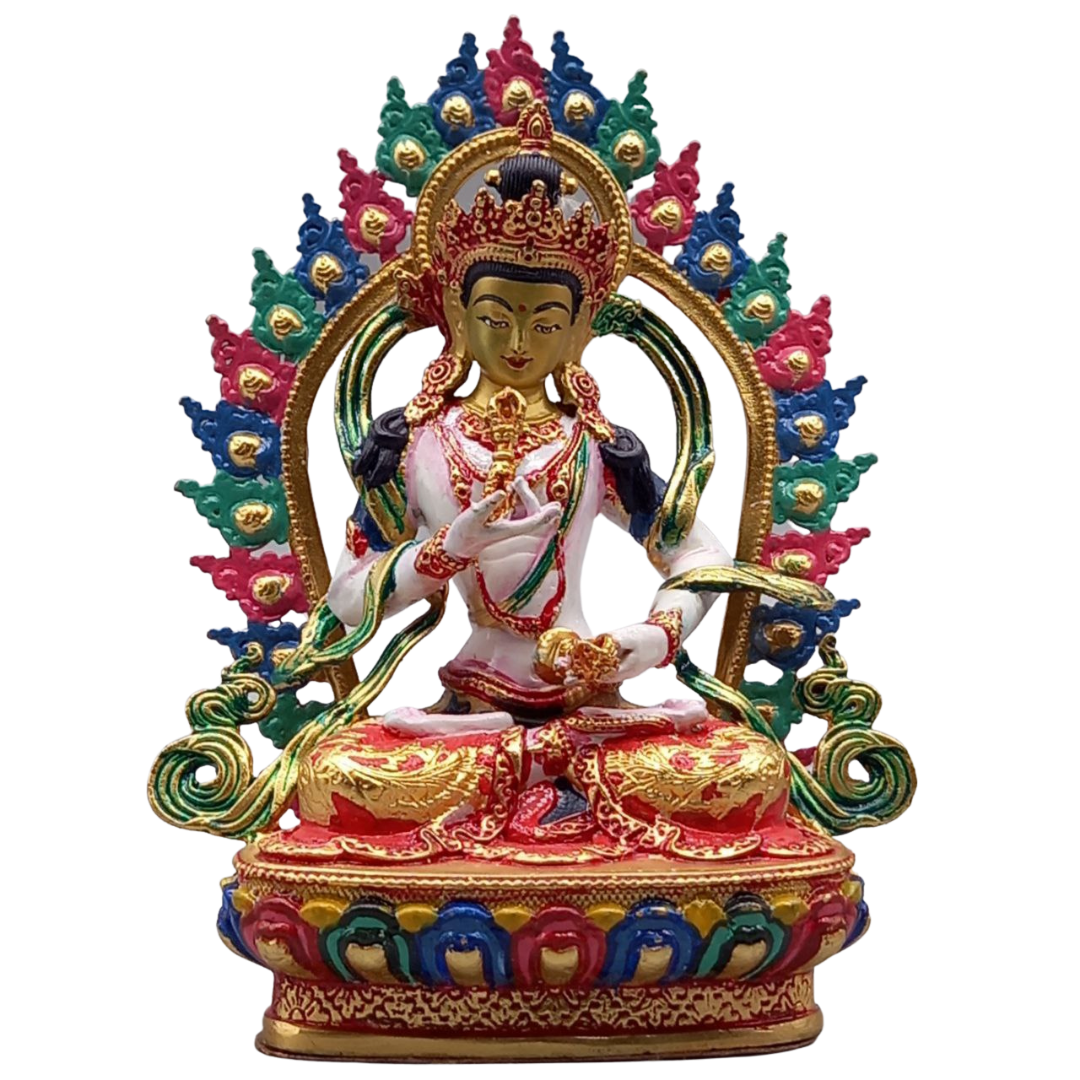 SKU 80699
$120
handmade / copper / 12cm
In stock
1
Product Details
Vajrasattva, is the Bodhisattva of purification and represents the purity of awareness or ultimate reality. He is also called the primordial Buddha of all Mandalas.

Vajrasattva is believed to be an embodiment of Sambhogakaya that is used by the Primordial Buddha – Vajradhara. Theoretically, he can take any form imaginable. These forms can be something sublime such as a clear light manifestation. However, he can also appear as a one of the Buddhist guardian deities such as wrathful Vajrapani. Vajrasattva endeavors to appear in a manner which best appeals to his audience and his objective.